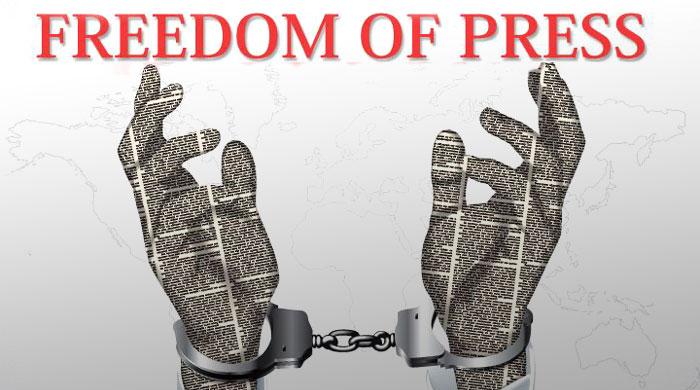 Upgraded and effective measures to end the criminalisation of journalism, counter the toxic atmosphere of hostility to the media and stamp out impunity are among the core demands of an Open Letter signed by the AEJ and more than 20 other journalistic and freedom of expression organisations sent to the incoming Secretary-General of the Council of Europe, Marija Pejcinovic Buric. The letter especially highlights the call by the Parliamentary Assembly of the Council of Europe for an independent, effective and urgent Public Inquiry in Malta into the unsolved murder of Daphne Caruana Galizia almost two years ago.

On behalf of the undersigned organisations, we warmly congratulate you on your appointment as the new Secretary-General of the Council of Europe. We are motivated by our experience and understanding of the worsening of the environment for journalists and free expression across Europe to ask you to make sure that your commitment to democracy, the rule of law and human rights will be reflected in enhanced efforts for the effective protection of freedom of expression, press freedom and the safety of journalists, backed up by robust measures and strong and consistent statements and actions by yourself as Secretary-General.

Media freedom and media pluralism must be given a clear and consistent priority across the Council of Europe area, as they enable the public to make informed choices about their government and society, and are thus prerequisites for the full enjoyment of all other rights.

Renewed and determined efforts to achieve Member States’ compliance with the Council of Europe’s conventions, recommendations and other texts, as well as the case-law of the European Court of Human Rights (ECtHR) are vital in these times of rising threats against journalists and press freedom throughout Europe. The environment for media freedom has worsened significantly, as was documented in the Annual Report published by the partner organisations of the Council of Europe Platform for the Protection of Journalism and Safety of Journalists. We see extremely worrying developments in Azerbaijan, Poland, Hungary, Italy, Turkey, Russia and elsewhere.

Regarding the Platform for the Protection of Journalism and Safety of Journalists, we urge you to provide all necessary means and support available to ensure that Member States respond concretely to alerts, intensify the dialogue and follow-up moves to provide redress, and to do everything possible to gain the active cooperation of those Member States which have failed to reply to alerts that highlight shortcomings or abuses on the part of state authorities. We ask you to establish a monthly exchange at the level of the Committee of Ministers to allow for a meaningful discussion on the progress of Member States in dealing with the alerts and persistent and serious threats to media freedom and the safety of journalists and other media actors.

In view of the well-documented increase in attacks on the media and backsliding in some states’ fulfilment of their commitments, we request you to prioritise actions and policies to implement Recommendation CM/Rec(2016)4 of the Committee of Ministers on the protection of journalism and safety of journalists and other media actors – including specific measures to comply with Council of Europe standards on Protection; Prevention of attacks; and Prosecution of crimes against journalists.

We hope that the concerns and recommendations outlined in the Platform partners’ latest report will be given priority by the Secretariat under your leadership, and through the projects and activities foreseen in the bi-annual Council of Europe programme and budget. To address these concerns, we request you to make available the resources and support needed to give it greater visibility, recognition and impact – both internally and externally to the Council of Europe.

We are convinced that strong and concerted political action from Member States and the Council of Europe is now essential. We request your energetic support against the ongoing impunity for attacks including murders of journalists within Europe, and against widespread attempts to adopt severely restrictive legislation on media regulation, defamation, anti-terrorism that are increasingly used to criminalise journalists.

Anti-media rhetoric is creating a toxic atmosphere for journalists amongst the general public and must be countered. The spread of online disinformation intensifies this effect. We welcome the recent PACE resolution on the rule of law in Malta, which points to the urgent need for effective actions against the politicisation of state institutions, media capture by political forces, and a climate of impunity related to attacks against members of the media.

We call on you to provide your full political support, and necessary resources, to ensure the successful implementation of Recommendation CM/Rec(2016)4, as is specified in the 2018 Steering Committee on Media and Information Society (CDMSI) strategy 2018. It is especially important to us that robust and frank debate on the subject of implementation (including securing firm commitments to national action plans) takes place at the Conference of Ministers responsible for media and information society in Cyprus in May 2020, with the full participation of civil society to pave the way for meaningful actions to reverse the recent negative trends.

We call on you to use your influence on Member States to reform their domestic laws and practices so that they comply with their obligations under the European Convention on Human Rights and CM Recommendation (2016)4, and do everything in your power to improve the safety of journalists through the establishment of effective safeguards.

We thank Thorbjorn Jagland for his efforts in the past years and we are happy to continue to support the Council of Europe with our research and our international networks.

We request a meeting with you soon to discuss these matters in person and to share our knowledge and experience with you as you begin your term of office.

We look forward to your positive response.