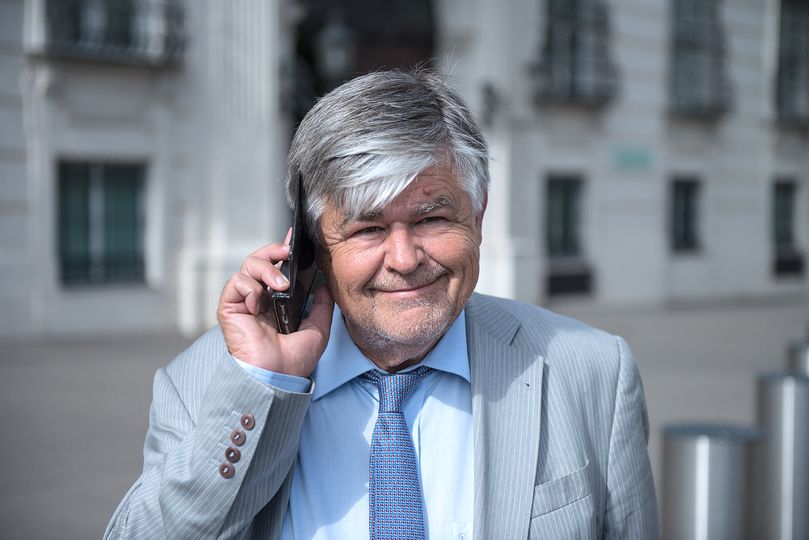 The sentencing of Alexei Navalny on trumped-up charges to three and a half years in a penal colony was “a grotesque infringement of elementary human rights”, Otmar Lahodynsky, President of the Association of European Journalists (AEJ) said last night.

“This sentence shows that the Russian judicial authorities act only on the orders of the Kremlin. Till now there has not even been an investigation into the poison-attack on Navalny in August 2020. This new prison sentence demands swift sanctions by the EU.”

Lahodynsky described Russia’s action as “a slap in the EU’s face.” EU foreign policy coordinator Josep Borrell planned to arrive in Moscow for talks on Thursday, and was due to meet Navalny before a decision on sanctions was reached. “Now, a halt to the Nord Stream II pipeline project is inevitable“, Lahodynsky said.

Having failed to kill him or force him into exile, the Russian apparat was already busy inventing charges to keep Navalny out of politics indefinitely. “We are afraid that there will be another attempt on his life – this was not the first. ”

Navalny, 44, had offered Russia the choice between a violent kleptocracy and the chance to develop an open, free society, said the AEJ President. Despite police truncheons and tear-gas, and arrests right across the country, huge crowds had for the first time made their preference clear, They protested in many cities at freezing temperatures and endured beatings-up and arrests. “It is a sign that at last something has changed, not just in Moscow.”

There was no more free press, no free media, only the Internet has allowed Putin’s opponents such as Navalny to speak out. AEJ was offering the support of its Europe-wide network to Russian journalists seeking to establish an independent Russian AEJ Section “committed to the European values of freedom of expression and the democratic rule of law.”