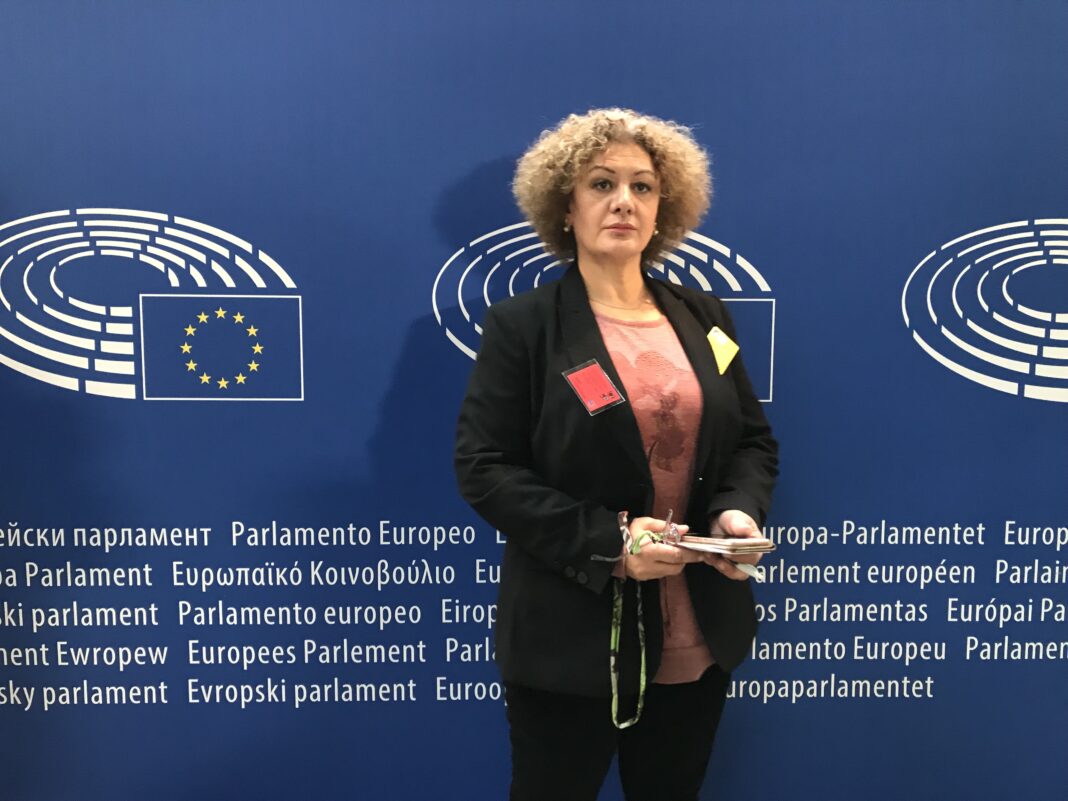 Elections to the International Board of the AEJ this week brought a new president, Isaia Tsaousidou, and a deliberate change of focus. “Our new team confronts a dramatic political landscape,” said the veteran Greek journalist. “Above all we are determined to resist the steady undermining of free, independent media in the EU, in Poland, Hungary, Slovenia – and more visibly on the EU’s borders, with brutal attacks on hundreds of our colleagues in Belarus and Russia.”

The choice of an overwhelming majority in the online elections made necessary by the pandemic, the new President succeeded the Viennese writer and star interviewer Otmar Lahodynsky. “Over six years Otmar woke up the sleeping giant that was the AEJ”, she said. “He did the AEJ a great service, as did Tibor Macak, who as Secretary-General has patiently held our organisation together for even longer.” A Slovak TV and radio journalist now based in Berlin, Macak was elected one of three AEJ vice-presidents and aims to renew our German Section.

The AEJ includes national Sections from all over Europe. Founded when the Community was just six countries, it is now in its 59th year. “So much has changed in that time,” said the new president. “Not all of it for the better. Social media is often better termed ’anti-social’, and cyber journalism is frequently no more than uncheckable nonsense or influence-peddling and data manipulation. It has fed a mood of distrust and alienation. News, if it is that, lingers only as long as you don’t click on a button to change channels or websites. There is a widespread sense of alienation and distrust.”

The AEJ would from now on focus its main attention on re-establishing real, dependable reportage through regular training seminars, and focus on the European institutions and its media policies. “That is where the crucial decisions are being made that affect our profession,” she said. “And that’s where our voice will be heard more loudly.” She was encouraged by “the long-overdue wake-up call” to the EU to resist the damage inflicted on European values and traditions by Big Tech, and by populist politicians, aided by Russian troll farms, who had cynically abused the “pipeline” of Social Media.

This was “often more like a sewer”, and had helped deliver Trump in America, Brexit in the UK, and the growth of corrosive far-right parties like the Front National in France and the AfD in Germany. “The coming year may be crucial, for Europe as well as our profession”, she said. “In Poland the destruction of free media is well under way. In Hungary Viktor Orban is extinguishing the last embers of what is and always was vital to the breathing, democratic societies in what is still our common home. Often just about the only breathing space left, as in Russia, is the Internet.”

The AEJ would aim to be more useful to its members, she said, and encourage more cooperation between them. “I plan a streamlined and newsy reworking of our website to take in regular interviews with our leading members, as well as with writers and politicians.” – Contribute to the organization of training courses for young journalists and establish relationships with European universities to improve the quality of young journalists who can join the media and be members of the AEJ in its different sections.

The shift towards active AEJ engagement with EU policy initiatives was essential, said the new Secretary-General, Edward Steen. So was more practical solidarity with national Sections, with expansion into the Balkans, Ukraine, the Baltic States, and also Russia. What was going on on the ground, even in once so European-minded Slovenia (which takes over the EU presidency in July), was becoming a kind of “new normal”. It which had to be resisted, he said. “The Commission this week denounced the direct Slovene government attacks on individual journalists. Good. Not before time.” A new team would be established to spread the workload on the ever-more pressing issue of Media Freedom.

He said he was delighted to have on the Board colleagues and friends who shared his own, and Saia’s, priorities. ”Those include the need to vigorously encourage new, younger members who understand what is at stake, what Europe is about, and how to report on it effectively and interestingly.”

The Spanish magazine editor Javier Fernandez Arribas was re-elected for a new term as vice-president, while the Italian radio journalist Luigi Cobisi continues as treasurer. Simone Rapple from the Irish Section was newly-elected as one of three AEJ vice-presidents.

Steen especially welcomed the election of the Spaniard Javier Jimenez Moratalla, a Brussels veteran, as the new AEJ representative with the European institutions. “This is a man with real knowledge of how this political village works, both as a reporter and as an insider.” He will be the conduit for our relations with Commissioners and with the European Parliament, where it is planned to hold a series of seminars for training young journalists.