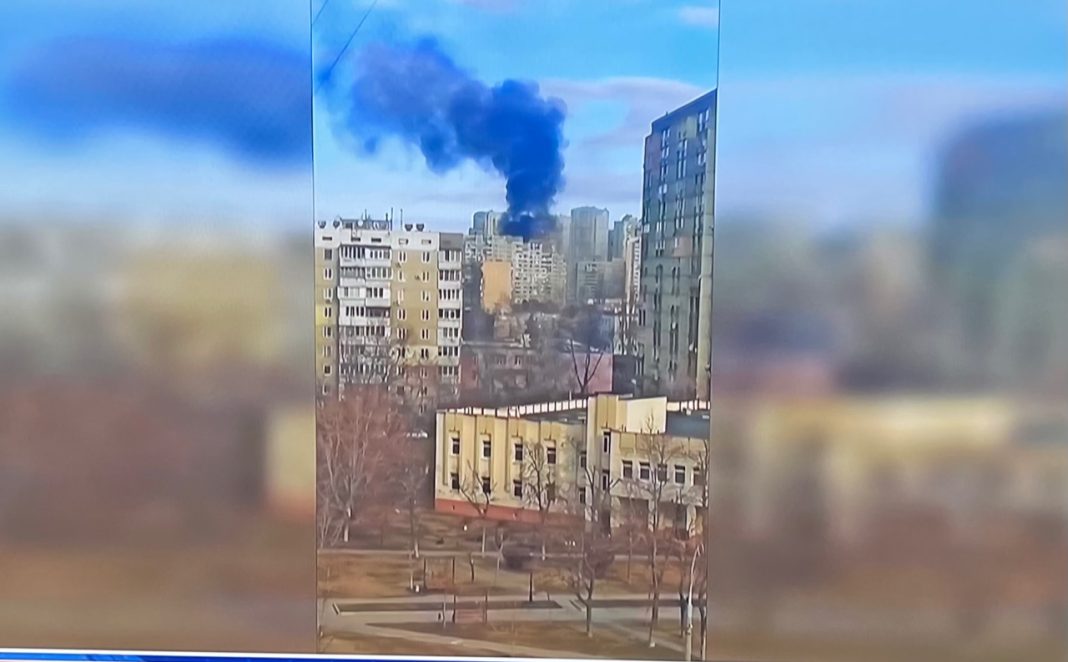 The AEJ has co-signed the statement of solidarity with our colleagues in Ukraine below, and is separately and independently calling for the immediate ban on Russia Today broadcasts in all EU countries as a blatant weapon of mis- and disinformation, among them the falsehood that Ukrainian President Zelensky has been instructed by the USA to flee Kyiv. See resolution.

Germany has already banned RT after Deutche Welle, along with other western news media such as RT/RL, was kicked out of Russia.

William Horsley, AEJ Media Freedom Representative based in London, writes that the statement below, coordinated by Justice for Journalists, has issued the following statement co-signed by the AEJ along with more than 40 media and press freedom organisations.

Issued on the second day of Russia’s full-scale invasion of Ukraine, the statement utterly condemns the state violence and aggression by Russia that puts thousands of journalists in Ukraine in grave danger. It condemns the cyberattacks and disinformation employed by the aggressors against the free Ukrainian media. And the more than 40 signatory organisations send a message of solidarity to those independent Russian media which continue to report the truth in conditions of unprecedented intimidation and pressure in their country.

SUPPORT FOR UKRAINE AND UKRAINIAN JOURNALISTS

We, the undersigned organisations, stand in solidarity with the people of Ukraine, but particularly Ukrainian journalists who now find themselves at the frontlines of a large-scale European war.

We unilaterally condemn the violence and aggression that puts thousands of our colleagues all over Ukraine in grave danger.

We call on the international community to provide any possible assistance to those who are taking on the brave role of reporting from the war zone that is now Ukraine.

We condemn the physical violence, cyberattacks, disinformation and all other weapons employed by the aggressor against the free and democratic Ukrainian press.

We also stand in solidarity with independent Russian media who continue to report the truth in unprecedented conditions.