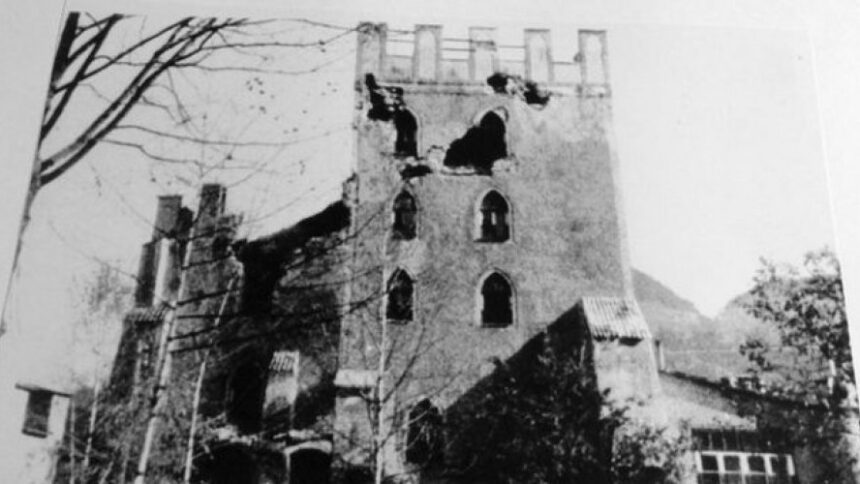 The concept of “friendly fire”—or, when some ally accidentally fires on you—was invented to highlight one of the perhaps most maddening things about war: It is confusing. It is an ugly big mess. In fact, some people have been known to joke that the only reason soldiers wear a uniform is, so they know who to absolutely not shoot at. When it comes to military conflict, how sad would it be to think that life and death hang in that fluid balance?

Sure, the big picture will be written afterwards, and whoever takes on the headache of squeezing heroism out of bloodshed will find a way to gloss over the points that not many people want to remember. Isn’t this, after all, why so many of us had to wait until the movie Joyeux Noel, in 2005, to even imagine what happened in 1914, when French, British and German soldiers reached over the trenches that separated them to shake hands? 90 years. But at least, it did happen.

And what about the battle for Castle Itter, that was fought on May 5th, 1945? Have you heard about it before? If you haven’t, here is the gist of it:

Located in Austria, and approximately 2 hours away from Dachau, Schloss Itter was confiscated by Nazi Germany in 1943, and used as a prison for high-ranking French hostages.

Quite how it happened that the prisoners took control of the fortress, well… we can only know of the comings and goings, and we do know that, on May 2, 1945, the SS abandoned it to an officer who was sympathetic to the prisoners, leading to them taking control. They knew that they were hostages and that defeat was imminent. That bands of SS were in the countryside, summarily executing men as deserters. Rationally, that meant they were in grave danger, so they sent emissaries out to contact anyone who might help defend them.

One tank across the gates, the “Besotten Jenny”. Picture from the HistoryBoyz Podcast

I say “anyone”, because those who answered the call were the 12th armored division of the USS XXI Corps, led by Captain John Lee and one greatly diminished Wehrmacht unit, under the command of Major Josef Gangl, who had joined forces with the Austrian resistance to protect a nearby town from SS reprisals.

It’s this odd pairing of defenders that led to the Battle for Itter becoming known as “the Strangest Battle” of World War 2, making comrades-in-arms out of enemies and transcending national definitions.

Racing to reach the castle, the eventual defenders arrived: having dwindled along the way on account of skirmishes and logistical difficulties, only about 20 made it through the gates in time for the showdown. Well, 20 and Besotten Jenny, the tank that was placed across the main entrance.

And this motley little crew, augmented by the 14 French hostages and the last few SS of the castle who sided with the defenders, held against approximately 150-200 SS until further relief arrived in the afternoon of the next day. With one casualty only—major Gangl himself. It should have been an exit for the history books.

Of the attacking SS, around 100 were taken prisoners. That would be one less marauding band to harass the countryside, which is what they were doing at the time, since Hitler had committed suicide some days prior, and capitulation was imminent.

Perhaps this is why so few know about what happened at Schloss Itter. It was a battle with less than 200 soldiers. It didn’t win the war; it was a footnote to the end. But now that you’ve heard about it, does this not sound like a tremendous, sad injustice?

There are many messages we can learn from reading about Itter: that if even a hostage can call for help, one is never as helpless as one thinks; that if 36 can hold for a day against 200, one is never as powerless as one thinks, either. That if your enemy can answer your call, then the true definition of enmity is not what we think. That people will see poetic justice or injustice in everything, even the chaos of war. That you can do something as great as redraw the lines of conflict, and still remain largely a footnote in history. And also? That if some random person can come write an article about you 76 years later, then nothing is quite as forgettable as that.

Remember Itter. It did not change the course or stem the tide of anything. It was, like so many other battles, a footnote of the main event. But I humbly posit, one that’s worth remembering.