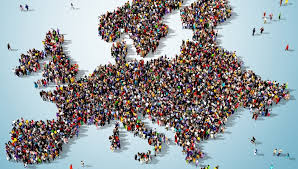 There is widespread recognition of the fact that democracy is under pressure across the world.In 2019, the European Union responded to these troubling trends with a promise for a new push for European democracy. This commitment put democracy at the heart of European Commission priorities for the 2019-2024 term and set the tone for a new EU-wide political initiative to improve and protect European democracy: the European Democracy Action Plan.The COVID-19 pandemic has exacerbated many of these trends and continuesto test different elements of democratic politics across the continent.At the same time, the changes brought about by the pandemic have also propelled many democratic reform efforts—in civil society, political opposition forces, and the digital sphere. Amidst the socio-economic and political fallout from the virus, the EU commitment to democracy is more important than ever.

As a diverse coalition of civil society, professional and intergovernmental organisations, we call on the European institutions to develop and implement the European Democracy Action Plan along the following lines:

1. Ambition: Match the ambition of the European Democracy Action Plan with the magnitude of today’s challenges and build opportunities to innovate democracy.As the trend of autocratisation has been exacerbated by the pandemic and major geopolitical shifts and economic turbulence are likely to mark the next decade, European leadership on democratic recovery today will be essential for a more robust democratic world tomorrow. The European Commission must seize the opportunity of the European Democracy Action Plan with ambition and leadership.

2. Scope: The European Democracy Action Plan should be a comprehensive framework to guide the EU and its Member States in enacting a vision for strengthening democracy in Europe. The Action Plan needs to be comprehensive in its scope in order to address both the challenges and opportunities for democracy, beyond a limited set of emerging threats. In addition to challenges amplified by digital technologies, such as election interference, harassment and disinformation, the Action Plan needs to set out ambitious proposals for strengthening civic space, inclusive and participatory decision-making, the integrity of elections, media sustainability, freedom and pluralism, the safety of journalists, and the rule of law and respect for fundamental rights, underpinning democracy in Europe. This requires coherence and complementarity with other policy initiatives with an impact on democracy, including initiatives regarding Article 2 of the Treaty of the EU. The Action Plan should prioritise reinvigorating democracy as much as protecting it, with a clear long-term vision for democracy in Europe.

3. Tools: The European Commission must leverage all the tools at its disposal to implement the ActionPlan.This includesusing and enforcing existing legal frameworks, new legislative proposals, commitments to internal reorganisation and inter-institutional coordination, well-funded programmes, and recommendations for as well as coordination between member states. The success of the Action Plan will hinge on a strong political commitment across the Commission and the Member States, as well as financial resources from the Multiannual Financial Framework. The Action Plan should draw inspiration from experiences and instruments used for external democracy assistance and human rights support, in order to stimulate mutual learning and ensure coherence.

4.Process: Set in place a clear implementation process for thecommitments of the Action Plan.The Commission must involvecivil society, Member States and the European Parliament in the implementation and monitoring of the Action Plan. To this end, commit to regular public discussions in the Parliament and Council, as well as broad and targeted civil society consultations. Ensure a meaningful involvement and representation of individuals from minorities, racialised, at-risk and/or marginalised groups of society, and guarantee gender equality in all policy processes.

5. Narrative: Develop a new, positive narrative for democracy within the Action Plan. Such a narrative should reaffirm the EU’s commitment to democracy as a founding value and guiding principle in internal and external policies, and provide a positive vision of the world peopleand institutions in Europe would like to see. This is essential to overcome fear-based and authoritarian narratives that erode trust in democracy. The stakes are high. As experts have warned, “one of the worst things the EU’s new leaders could do would be to launch grandiloquent initiatives that fail to deliver meaningful and tangible change. Raising people’s expectations only to dash them would leave trust and faith in democratic norms even lower than before.” It is now that the EU will need to act ambitiously in order to safeguard a democratic future for the Union and its people.As a wide coalition of European civil society, professional and intergovernmental organisations, we trust the European institutions and Member States will take these ambitious demands forward.