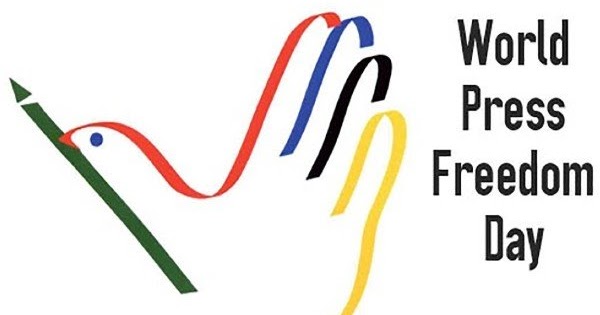 In a message for this year’s World Press Freedom Day, UN Secretary-General António Guterres raised fears that the Covid pandemic and its severe impact on media revenues could lead to a “media extinction event”. He asked for urgent action by the international community because “we cannot afford to let this happen” https://www.un.org/sg/en/content/sg/statement/2021-04-28/secretary-generals-video-message-covid-19-how-do-we-prevent-the-pandemic-becoming-media-extinction-event%E2%80%9D .

Likewise, the Secretary-General of the Council of Europe, Marija Pejčinović Burić, acknowledged the “deterioration of media freedom in Europe”, and called for European governments to demonstrate stronger political will to protect press freedom https://www.coe.int/en/web/portal/-/secretary-general-european-governments-should-show-stronger-political-will-to-protect-press-freedom . That  message had extra resonance after last month’s murder of Greek investigative journalist Giorgos Karaivaz.

Last week the Council of Europe Platform to promote the Protection of Journalism and the Safety of Journalists launched the 2021 Annual Report of its 14 partners, including the AEJ and leading press freedom NGOs. Titled Wanted! Real action for media freedom in Europe, it presents a shocking picture of the realities, based on close analysis of 201 individual attacks on media freedom in Europe, from acts of violence to legal persecution and vicious smear campaigns.

Among the headline points are:-

For the first time since the Platform started in 2015 the partner organisations also made specific demands (called ‘recommendations’) to governments to put a stop to such acts of hostility and barriers to journalists’ right to report.

Those messages are addressed directly to the 47 Council of Europe governments seeking practical remedial actions as part of an ongoing dialogue. This reflects the extraordinary progress made in Europe  towards holding governments to account for serious violations of their legal obligations to protect media freedom.

Meanwhile the European Commission, which has long acknowledging its limited “competence” over media freedom, now has its own Rule of Law Mechanism, with annual reports assessing the records of its 27 member states on press freedom and media pluralism. And it has raised the prospect of future European Media Freedom Act.

In terms of international laws that are binding on European states, the ultimate sanction for violations comes through judgements by the European Court of Human Rights in Strasbourg. Already in 2014 the court required Turkey to release a number of journalists who had been held for long periods in pre-trial detention file:///C:/Users/William%20Horsley/Downloads/Judgments%20Nedim%20Sener%20v.%20Turkey%20and%20Sik%20v.%20Turkey%20-%20investigative%20journalists’%20pre-trial%20detention%20for%20over%20a%20year.pdf.

And just last month Turkey freed journalist  and newspaper editor Ahmet Altan after an urgent demand by the Strasbourg court. It ruled, in response to the legal complaint on Altan’s behalf, that his four-year imprisonment had violated his basic rights and he must be released at once https://go.coe.int/o3qJ3 .

Many more journalists are still unjustly held in jails in Council of Europe member states Turkey, Azerbaijan, Russia and the UK  (Julian Assange), as well as in non-member Belarus. But rulings like those against Turkey are possible because the European Convention on Human Rights and the ECtHR exist to protect the rights of individuals against the misuse of power by governments. The Council of Europe also requires member states to ensure that the human rights standards in the Convention are upheld in their domestic laws. And crucially, the case law of the Strasbourg court states that freedom of expression and press freedom should be accorded the broadest scope of protection because of the vital “public watchdog” role of the media.

This European Convention system can only work properly if governments honour their democratic obligations. So the Council of Europe’s mandate also calls for it to encourage NGOs and journalists’ associations to participate in developing its priorities and policies. So the Association of European Journalists and European Federation of Journalists (EFJ) have been able to play a direct part in the preparation of “soft law” texts aimed at ensuring that freedom of expression (Article 10) standards in the Convention are upheld in practice.

In 2016 the 47 Council of Europe governments adopted a landmark Recommendation on the protection of journalism and the safety of journalists and other media actors https://search.coe.int/cm/Pages/result_details.aspx?ObjectId=09000016806415d9#_ftn1. Its core message was that member states are legally obliged 1) to protect journalist from harm when they are known to be at risk because of their work, 2) to create by their own laws and practices a “favourable environment” for free and independent journalism to flourish, and 3) to prosecute and bring to justice anyone responsible for attacking journalists, so ending the impunity that is widely believed to shield those, for example, who ordered the killing of Daphne Caruana Galizia in 2017 and Ján Kuciak in 2018.

The partners’ calls for action aim of course to increase the pressure on member states – both individually and collectively — to actually implement measures they agreed to in the 2016 Committee of Ministers Recommendation on media freedom and journalists’ safety. Among them: –

The thrust of the proposals was quickly echoed by the Secretary-General herself, in her call for member states to show political leadership in protecting journalists and independent journalism. A frank dialogue with government representatives in the Committee of Ministers is now set to be a regular feature of the Council of Europe’s work.

Today, unlike ten years ago, the champions of media freedom have not only a foot in the door. We have a seat at the table.